Welcome to the official website of ceramic and aboriginal pointillism artist Hollace Kutay.

Years ago my art professor stared critically at my sea-urchin-inspired lidded jar. 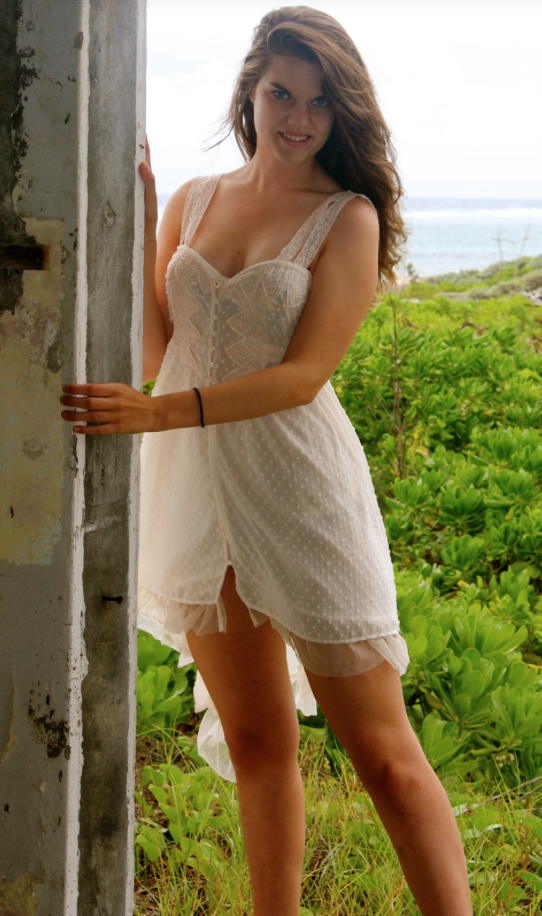 “Never replicate nature, Hollace.  It is impossible to compete with God.”  His words have stuck with me to this day.  Clay, the medium I have chosen to bring art into being is, in fact, from the earth.  The sediment buried deep below the sandy ocean beaches I have walked over a thousand times is the material that makes up my creations.

Why am I so influenced by the ocean?  I often think back to my childhood summers spent enjoying the tropics of the Cayman Islands.  From a young age I found solace in the ocean.  During the years I spent growing with the island, the ocean became my first love.  I would sit behind my house, perched on an outcrop of jagged rock, and gaze at the sea that appeared to be never-ending.  Just as a young girl falling in love, I would spend hours peering into the ocean’s depths.  However, the mysterious creatures hiding just below the surface were what really captivated me.  I craved to be one of them.  Maybe I wasn’t meant for the land, but, rather, destined to be nestled amongst the life residing on the seafloor, mane of hair dancing in the ocean current, using my creative energy to build a sandcastle for my home.  I desired the reef beside me to temporarily house a pregnant octopus holed up in her cave until she gave birth.  I thirsted for the eldest sea turtle to take me on his back and give me a first-hand tour of the breathtaking coral reefs.

The surreal creatures I now create are not trying to capture what is already in existence, but, instead, attempting to emulate a feeling.  I need my art to speak to the idea of what it is like to come into contact with some of the great mysteries of the underwater world.

I want viewers to see my soup tureen comprised of hybrid sea creatures and feel as if they have just catapulted themselves into the ocean, dazed and confused by all the new sights and sensations.  I want each piece to be so remarkably breathtaking in its technical prowess, surface decoration, and personal meaning that it forces the viewer to fall in love with both the medium and the marine environment which formed the foundation of my psyche, and to which I have dedicated my artistic life.

I realize now that I have never wanted to compete with nature, but only to surround myself with it in the only way I know how.  I long for my art to engulf me, to swallow me whole.  And, when it inevitably spits me back out, I pray that I’ll open my eyes and see crystal blue.